I was having a brief lunch break, searching for 12” singles from the eighties in the charity shops of Leeds, and a quick scan of the bookshelves revealed this. I don’t really understand why I didn’t know about this book. It’s been out since 2007 and became an E4 series in 2012! There’s even a follow up and everything! But thank god for charity and the willingness of people to give their things so they may be discovered by others!

In My Mad Fat Diary Rae has given us her complete diary from 1989. It was the year she was part way through the start of her A-Levels having joined the lower sixth in September 1988; before this she had spent some time in a psychiatric ward. She weighed over 14 stone, was amusing and popular within a tight group of friends, but was unable to get a boyfriend.

It’s these themes that the diaries major on. You get to share Rae’s innermost thoughts, her successes, her frustrations and her sadness. But as with all diaries you don’t get to know everything. There’s things she already knows and therefore in 1989 hasn’t needed to explain them. As a reader you need to do some work to establish what may have happened and what her psychological challenges are. I enjoyed this element of the book and although I was dying to know what Battered Sausage had told her about Haddock, you never got to find out (hope that’s not a spoiler for anyone!). 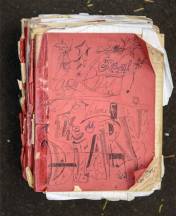 As well as this wondering that stayed with me throughout the day, the diaries made me think about the nature of fat people, and food addiction, the contrast between what people want, and what they are actually able to secure, for themselves. I thought about the people I was in VIth form with and who may have felt like Rae did. Would I have been friends with her? I think so.

As if this kind of thought provoking content isn’t enough for you, there are also references to the music, current affairs and entertainment of the time. I thoroughly enjoyed the opportunity to indulge myself in Rae’s world, taken back to VIth form and the clash of study and socialising that comes at that time.

Then I had a look on Amazon to see what other people thought about the book. As always, when faced with negative opinions on something I love, I looked to see what the detractors in the one star reviews said (there are only 9 out of 235 in total!). I was quite shocked at some of opinions; people who didn’t like Rae, thought she was self-indulgent and self-obsessed, found it boring and repetitive, thought she was cruel and unsympathetic. I did wonder if those people have ever written a diary before, or even read someone else’s? Of course it’s self-indulgent and self-obsessed! In a diary you’re typically writing about yourself, for yourself and in general, particularly if you’re a teenager writing a diary, you’re not doing it because you think one day it will be a book! I was quite shocked by these opinions, but shouldn’t have been. Sometimes people don’t think, don’t explore beyond what is directly in front of them and therefore just don’t get it.

One review even said “it’s stereotypical as to what happens in the end” and as I’d seen this when I was about half way through, I kept wondering what was going to happen. Having finished the book I’m assuming they were referring to the fact that it ended on 31st December. There isn’t really another ending because that’s when diaries finish.

I think is brilliant that Rae’s diaries have been published and I’m really looking forward to getting volume 2! 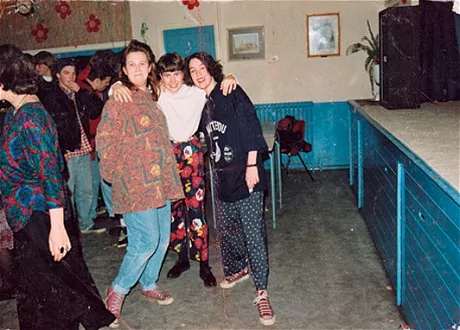 3 Replies to “My Mad Fat Diary by Rae Earl”